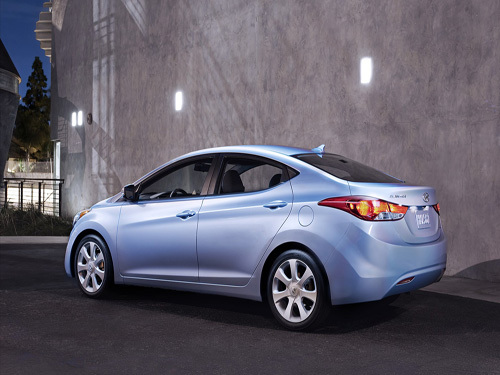 Since Hyundai Motor launched the first generation of Elantra in October 1990, as of the 27th of this month, its global cumulative sales volume has reached 10,005,032 units, which has exceeded 10 million for the first time in 24 years. This is equivalent to the fact that Hyundai Motor sells an average of 420,000 Elantra vehicles per year and sells 1,100 vehicles a day.

Elantra's sales volume in Korea's domestic market is more than 2.6 million, and its total sales in 177 countries overseas are more than 7.4 million. Seven of the 10 Elantra models are sold overseas. In addition, the Elantra was the first Korean car brand to exceed 10 million sales, and was named by the South Korean media as an "international national car."

In the international market, there are currently over ten million vehicles sold, including Toyota Corolla, Volkswagen Golf and Beetle, Honda Civic, and Ford Focus.

Elantra is a compact car that Hyundai Motor first introduced in the Korean market. It has maintained a high popularity since the 1st to 5th generations. In some major overseas markets, Elantra also received a lot of praise in 2012 was named North American annual models, Canada's annual models and South Africa's annual models.