In recent days, Datong Company won the title of "2016-2017 Shanxi Province Civilized Unit Modeling" in the 2016-2017 year of advanced recognition for the establishment of spiritual civilization in Shanxi Province. 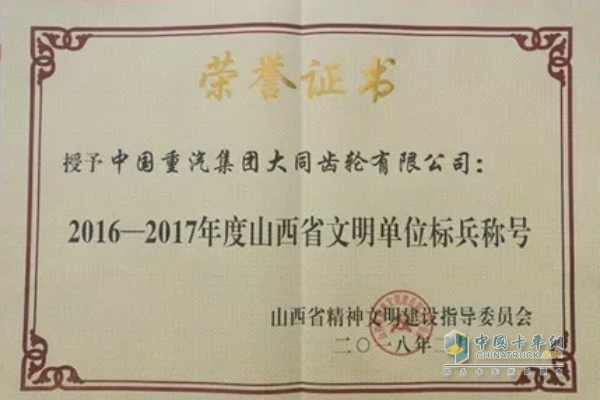 Since the 18th National Congress of the Party, and especially in the past two years, Big Tooth Company has held high the great banner of socialism with Chinese characteristics in the creation of spiritual civilization, guided by the socialist ideology of Chinese characteristics with a new era in Xi Jinping, and thoroughly implemented the tenth in Shanxi Province. A policy decision made by the party congress, adhered to the principle of â€œgrasping both hands and keeping both hands tightâ€ in material civilization and spiritual civilization, vigorously cultivated and practiced the core values â€‹â€‹of socialism, carried out in depth the activities of creating mass spiritual civilization, and continuously improved the quality of company employees. And the degree of social civilization, especially in strengthening the leadership team building, advocating a new style of civilization, youth volunteer service, beautifying the environment of the factory area and other aspects have made a lot of work, the company has shown a healthy, civilized, united and enterprising good style. 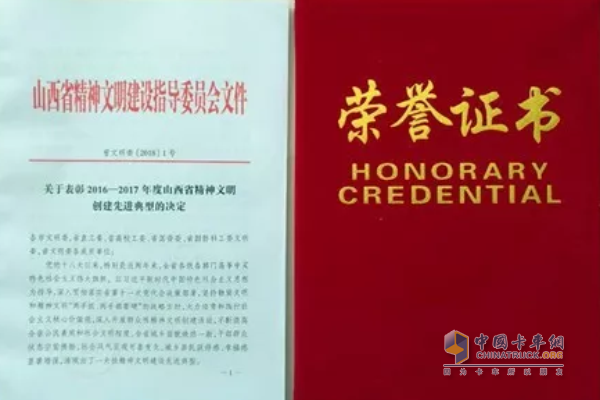 The achievement of this honor is a further recognition of the spiritual civilization work of the Big Tooth Company following the â€œNational Civilization Unitâ€ in 2017. Big teeth will cherish honor, redouble their efforts, do not forget the initial heart, keep in mind the mission, continue to deepen the establishment of spiritual civilization, and provide a strong internal driving force for the continuous development of enterprises.