On September 5, 2019, the Press Office of the People's Government of Guangxi Zhuang Autonomous Region held a press conference on the reform of state-owned enterprises in Guangxi. At the meeting, Guan Yueqing, secretary of the Party Committee of the State-owned Assets Supervision and Administration Commission of the Autonomous Region, informed the SASAC management company of the transcripts for the first half of 2019. 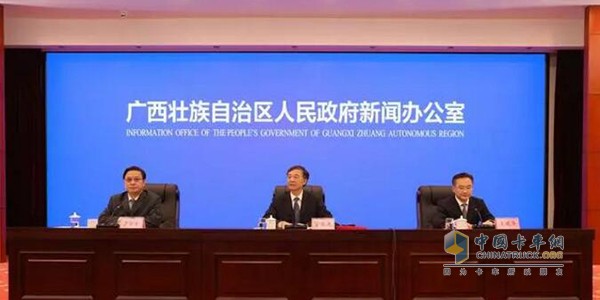 The Party Secretary and Director of the State-owned Assets Supervision and Administration Commission of the Autonomous Region, Guan Yueqing (centre), reported the operating data of state-owned enterprises in the first half of the year.

In the first half of 2019, the State-owned Assets Supervision and Administration Commission of the autonomous region supervised the operation of 17 state-owned enterprises at the end of June, reaching 310.302 billion yuan, a year-on-year increase of 12.60%. In general, Guangxi state-owned enterprises adhered to steady improvement and improved efficiency, and continued to operate positively.

As a company managed by the SASAC in 2018, Yuchai Group handed in a beautiful transcript in the first half of this year. position.

Since 2019, Yuchai Group has focused on the overall goal of the â€œSecondary Entrepreneurship of Machinery Industryâ€ in the autonomous region, and promoted the new effectiveness of its business operations. In the first half of the year, it achieved sales revenue of 20.9 billion yuan, a year-on-year increase of 17%, marking the second phase of Yuchaiâ€™s implementation. The second startup and transformation and upgrading ushered in the harvest period.

a broader stage for faster development

In the first half of the year, governments at all levels supported the development of Yuchai and created a broader stage for us. 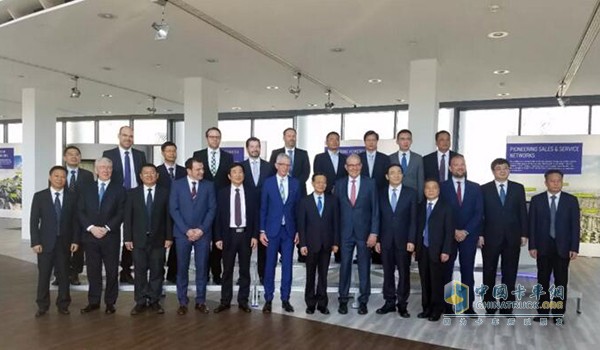 In mid-June, the chairman of the autonomous region, Chen Wu, led a delegation to visit Yuchai's important partners in Europe, Bosch, MTU, AVL, Eberh, and witnessed the signing of cooperation documents between Yuchai and these companies. Chen Wuzheng Li Yuchai speeded up the pace of internationalization and made this Chinese business card unearthed in Guangxi go global.

Behind the high quality development of Yuchai

A set of data reflects Yucai's achievements in emancipating the mind and expanding the openness of the knot this year: completes nearly 300 national six-model car models with Liuzhou, Yutong, Futian, Dongfeng and other domestic mainstream OEMs, and the first six products of this year from January to June this year. The order exceeded 3,600 units, both of which maintained domestic leading position; invested 5.22 billion yuan for R&D and capacity building, and initially built a digital green factory that reached the international first-class level; high-speed ship and power generation sales achieved double-digit growth for the third consecutive year. The market share reached 34.5%.

In order to be a strong core business, Yuchai has built a number of new high-quality subsidiaries with a sales scale of over 5 billion yuan and a market positioning through the system, technology and management innovation, achieving a â€œtriple jumpâ€ in scale and efficiency. To promote the sustainable, stable and healthy development of the Group and promote the high-quality development of the machinery industry in the region. 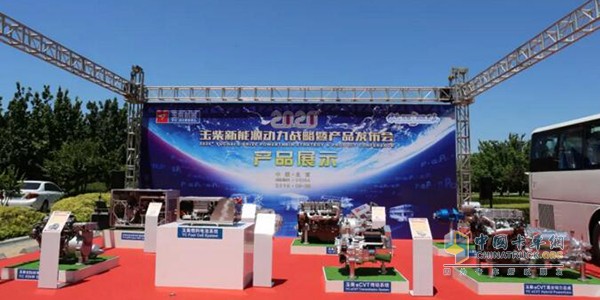 In order to build a dynamic diversified product pattern, Yuchai grasped the strong development prospects of the new energy automobile industry. In May this year, a number of new energy power new products including fuel cells were released. Yuchai has formed a full strategic layout of the product strategy of traditional power and new energy power to achieve dual-core drive.

The multifunction Busbar Processing Machine is the patented product developed by our company. Comparing with the traditional busbar processing machine, this product has the following advantages and features:

2. The shearing unit adopts round integral structure, with novel and unique design rendering reasonable force bearing, and thus effectively guarantees the long-term use without deformation;

5. The machine is provided with an automatic oil charge and discharge system, easy to operate, with the hydraulic oil charged into the oil tank via a filter so as to protect the entire hydraulic system from contamination;

6. This machine is provided with stainless steel oil tank to protect the hydraulic oil from corrosive deterioration, and extend the service life of hydraulic oil and the seals;

8. PLC control that is stable and reliable.